About The American Board of Bioanalysis (ABB)

ABB requirements do not discriminate against any individual or group of individuals on the basis of race, color, sex, age, religion, or source of national origin.

In 1968, the American Board of Bioanalysis was established by the American Association of Bioanalysts (AAB) in response to the passage of the Medicare regulations (1966) and the Clinical Laboratories Improvement Act of 1967 (CLIA ’67), which defined the qualifications for a laboratory director. In 1972 ABB’s certification program was expanded to include supervisors (General Supervisor certification was discontinued on January 1, 2019.). In 1982 it was expanded to include managers (subsequently discontinued in July 1, 2005), and in 1993 to include consultants.

With the advent of the CLIA ’88 regulations, which also recognized ABB as a certifying agency for directors and clinical consultants (as do most state regulatory programs), ABB again revised its classifications for directors by replacing the CLD and BLD designations with HCLD (High-complexity Clinical Laboratory Director).

In 2002, ABB added a certification category for Embryology Laboratory Directors (ELDs). Although embryology laboratories have yet to be covered by CLIA, ABB has decided to implement an ELD certification that resembles the director qualifications contained in the minimum standards for assisted reproductive technologies of the American Society for Reproductive Medicine’s (ASRM’s) Practice Committee.

In 2012, ABB added a certification category for Andrology Laboratory Directors (ALDs). The certification is offered to current HCLD(ABB)s who pass ABB's Andrology and General Knowledge examinations.

In 2018, ABB celebrated its 50th anniversary. Read more about the organization's history ​here.

Find details on ABB's CLIA-approved supervisor and director certifications and the application process. 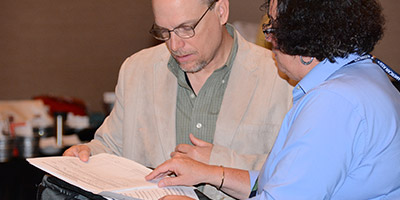 Information on study materials and strategies to successfully challenge the ABB exams.

Information on the AAB PEER continuing education program to maintain your certification.