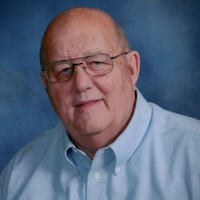 Dr. Muzzillo, 74, chaired the Credentialing Commission of the International Society for Clinical Laboratory Technology (ISCLT) from 1996-1998 and the AAB Board of Registry from 1999-2018.

Dr. Muzzillo began his laboratory career in June 1964 after graduating from the Northwest Institute of Medical Laboratory Technology in Minneapolis, Minnesota. He joined the International Society for Clinical Laboratory Technology (ISCLT) in 1966. Dr. Muzzillo served as a board member and president of the Illinois Chapter of ISCLT, and also served on the ISCLT Board of Directors. Dr. Muzzillo served two terms as president of ISCLT, from 1983-1985 and from 1993-1995.

In 1999, the ISCLT merged with the American Association of Bioanalysts (AAB), and the ISCLT Credentialing Commission became the AAB Board of Registry (ABOR). Dr. Muzzillo chaired the newly named certifying board from 1999-2018. Dr. Muzzillo stepped down from chair in 2018, but continued to serve as an ABOR board member until his passing.

Over his 54 years as a member of ISCLT and AAB’s Associate Member Section (AMS), Dr. Muzzillo was a key leader in the fight for recognition of “alternate pathways” for qualifying as a medical technologist (MT). He led the successful opposition in the 1980s to a bill that exclusively required a four-year college degree for medical technologists in Illinois. And under his chairmanship, the AAB Board of Registry’s certification program gained recognition in 11 of the 12 states that license MTs, including Florida and California, significantly raising the stature of the AAB Board of Registry’s certification program.

Dr. Muzzillo was the recipient of the 1986 Stanley S. Reitman Memorial Award, the highest honor of the ISCLT, in recognition of his contributions to the ISCLT. Dr. Muzzillo received a second Stanley S. Reitman Memorial Reward in 1987 in recognition of his contributions to the Proficiency Examination Reviews (PERs), a comprehensive educational program used by many laboratorians to study and prepare for medical technology certifying/licensing examinations. And in 1989 Dr. Muzzillo, as a member of ISCLT’s Physician Office Laboratory Technician (POLT) Handbook Task Force, received the Addine Erskine Outstanding Achievement Award.